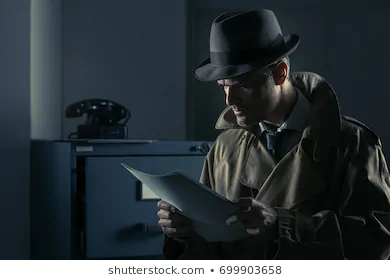 Corporate espionage is not anything new, nor is it limited to technology. During the 1800’s, Britain’s East India Co. stole secrets, tea plants, and as well as seeds out of China, which later went on to dominate the tea industry.

Economic or industrial espionage takes place in two main forms. In short, the purpose of espionage is to gather knowledge about (an) organization(s). It may include the acquisition of intellectual property, such as information on industrial manufacture, ideas, techniques and processes, recipes and formulas. Or it could include sequestration of proprietary or operational information, such as that on customer data-sets, pricing, sales, marketing, research and development, policies, prospective bids, planning or marketing strategies or the changing compositions and locations of production. It may describe activities such as theft of trade secrets, bribery, blackmail and technological surveillance. As well as orchestrating espionage on commercial organizations, governments can also be targets — for example, to determine the terms of a tender for a government contract so that another tenderer can underbid.

As the creator and holder of data about staff and clients, you have a duty of care to protect their information. You should take into consideration the entire information life cycle and ensure that it is destroyed when no longer needed.

How would your customers feel if data about them leaked from your organization?

Fraud is on the rise. All organizations are vulnerable and the theft of information is one of the simplest ways to commit fraud. Criminals are on the lookout for records which might help them commit fraud causing a major setback for your business. Companies sometimes take a casual attitude to the disposal of information, but stuffing sensitive data in a bin is not a safe option.

The United States does not have a federal-level general consumer data privacy law, let alone a data security law. As a result, extra precaution should be taken. Companies sometimes take a casual attitude to the disposal of information but stuffing sensitive data in a bin is not a safe option. Data destruction companies such as the Whitaker Bothers or the Datastroyer can help destroy your unwanted information by shredding, degaussing, or pulverizing it.

Protect yourself from Corporate Spies

Economic and corporate espionage is most commonly associated with technology-heavy industries. This includes computer software and hardware, biotechnology, aerospace, and telecommunications. As well as transportation and engine technology, automobiles, machine tools, energy, materials and coatings and so on. Silicon Valley is known to be one of the world’s most targeted areas for espionage. Though any industry with information of use to competitors may be a target.

Information can make the difference between success and failure; if a trade secret is stolen, the competitive playing field is leveled or even tipped in favor of a competitor. Although a lot of corporations feel the best way to get information is to take it. Economic or industrial espionage is a threat to any business whose livelihood depends on information.